Spotify signed a lease in Wynwood for its South Florida headquarters, The Real Deal has learned.

The music streaming company has been looking for office space in the Wynwood, Brickell and downtown Miami submarkets for months, sources said. Spotify will be taking all of the 20,000 square feet of office space at the Oasis in Wynwood, a mixed-use adaptive reuse project under construction at 2335 North Miami Avenue

The digital music service is joining other tenants such as LiveNation and WeWork in Wynwood, a neighborhood that is rapidly changing to include new office buildings, apartment complexes and hotels. Apple and Google have also reportedly been scouting for office space in Wynwood. 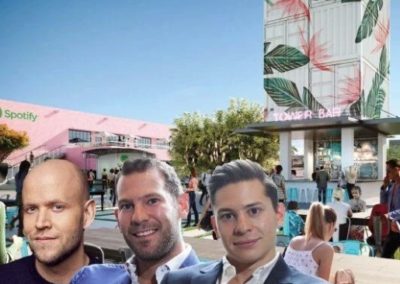