Behind the deal: GlaxoSmithKline’s move from Navy Yard 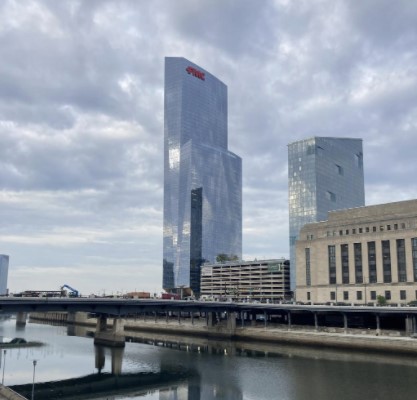 Behind the deal: GlaxoSmithKline’s move from Navy Yard

In its search for a new office in Philadelphia, GlaxoSmithKline looked at buildings along the Market Street corridor, stretching from Commerce Square to Lit Brothers and several buildings in between.

That search began with a call on Feb. 10 to John McGee and David McFadden of McFadden Real Estate Group. The call was from an executive of the Instant Group.

Instant Group, a firm based in London that also has an office in New York, was overseeing the process to find new offices for the pharmaceutical company in Philadelphia and North Carolina. Soon after that call, GSK (NYSE: GSK) was on the hunt for space that would end up reducing its footprint by two thirds and see it depart from the 207,779 square feet it has at the Philadelphia Navy Yard and land at FMC Tower at Cira Centre South.